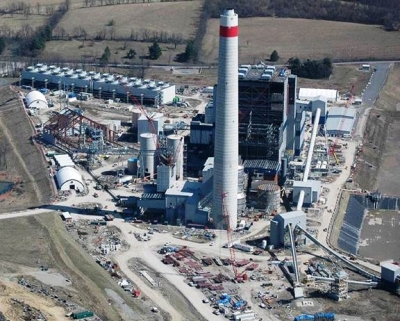 Rick Perry, the U.S. Secretary of Energy, is convinced “clean coal” will remain at the centre of his energy agenda, using “American innovation” to advance cleaner, cheaper coal which is also meant to help create jobs. Asked about President Trump’s favouritism of coal – in disregard of climate change concerns – Perry underlined “clean coal is not only pragmatic, but will become commonplace.”

Published in Markets
More in this category: « Synergies between trucked LNG and distributed generation in China Uniper to widen LNG supply operations for power producers »

Feb 24 – UAV Turbines has launched a lightweight microturbine generator for on-demand electrical power ranging from 3 kilowatt (kW) to 40 kW. The new device extends UAVT’s micro propulsion technology, the Monarch 1, and features a new portable micro-turbogenerator system that fits in a small case that can be carried by two people.

Feb 21 – Castleton Commodities International (CCI), a British independent power producer, has acquired the Amorebieta combined-cycle gas power plant in Bilbao, Spain, for an undisclosed amount. CCI claims the 786 MW plant is “one of the most efficient CCGTs in the Iberian Peninsula.”

Feb 20 – Nigerian National Petroleum Corporation (NNPC) is scrutinizing technicality and economics of developing a 1,350 MW Independent Power Plant (IPP) project in Abuja. The project is likely to be realized, as it is backed by a $1.1 million grant from the US Trade and Development Agency (USTDA) and will be powered by GE gas turbines.

Feb 19 – More than 28 GW of lithium batteries deployed for stationary storage applications by the year 2028, according Navigant Research. Pumped hydro power plants, however, dominate the market as they account for 96 percent of installed energy storage worldwide.

Feb 18 – The global micro CHP market revenue is forecast to exceed $3 billion by 2026 amid rising demand for captive combined heat and power units by industry. According to Global Market Insights, micro CHPs are also increasingly combined with solar PV and energy storage into hybrid power units.

MHPS teams up with KBR to expand sales

Feb 12 – Himoinsa has received an Innovation Trail Live award for its rental gas generator sets. Three gensets – HRGO 30, HRGO 40 and HRGO 70 – were distinguished due to their long running time, low operational costs, as well as reduced emissions and sound level.

Feb 11 – UK energy regulator Ofgem has announced it will lower the default price cap by £17 to £1,162 for the six months effective from 1 April 2020. Analysts say Ofgem’s decision comes amid a “warm winter” and “healthy LNG supply,” which pushed down wholesales gas prices to a 13-month low. Looking ahead, there might well be “another slight reduction to the cap later this year.”

Feb 10 – German carmaker Opel, part of French PSA, plans to manufacture enough battery cells for half a million e-cars annually in a new factory in the western German town of Kaiserslautern from 2024. Two billion Euros would be invested in the factory, designed to house three units with 8 GWhs each, which would be the largest in Europe so far.

Feb 7 – GE is carrying out a gas turbine extension at the Azito power plant in the Ivory Coast. Under the contract, GE will supply its GT13E2 gas turbine in combined-cycle configuration, one HRSG, one steam turbine and associated equipment. The upgrade will boost the plant’s capacity by 30 percent, or 253 MW to reach a total of 710 MW.

Feb 6 – Independent power producer Globeleq and IPS have reached financial close on expanding the Azito gas-fired power plant in Ivory Coast. The plant currently has 460 MW installed capacity and provides 25 percent of the country’s power supply. Once the lasted upgrade will be completed, Azito’s capacity will be boosted to 713 MW.

Feb 5 – More than 28 GW of lithium batteries deployed for stationary storage applications by the year 2028, according Navigant Research. Pumped hydro power plants, however, dominate the market as they account for 96% of installed energy storage worldwide.

Feb 4 – Britain’s energy regulator Ofgem has been seeking to incentivize investment in green energy. However, the watchdog’s new head, Johnathan Brearly, cautioned “more investment does mean higher cost.” Though investors’ returns could come down, technology improvements will reduce down capital costs further in the long run.